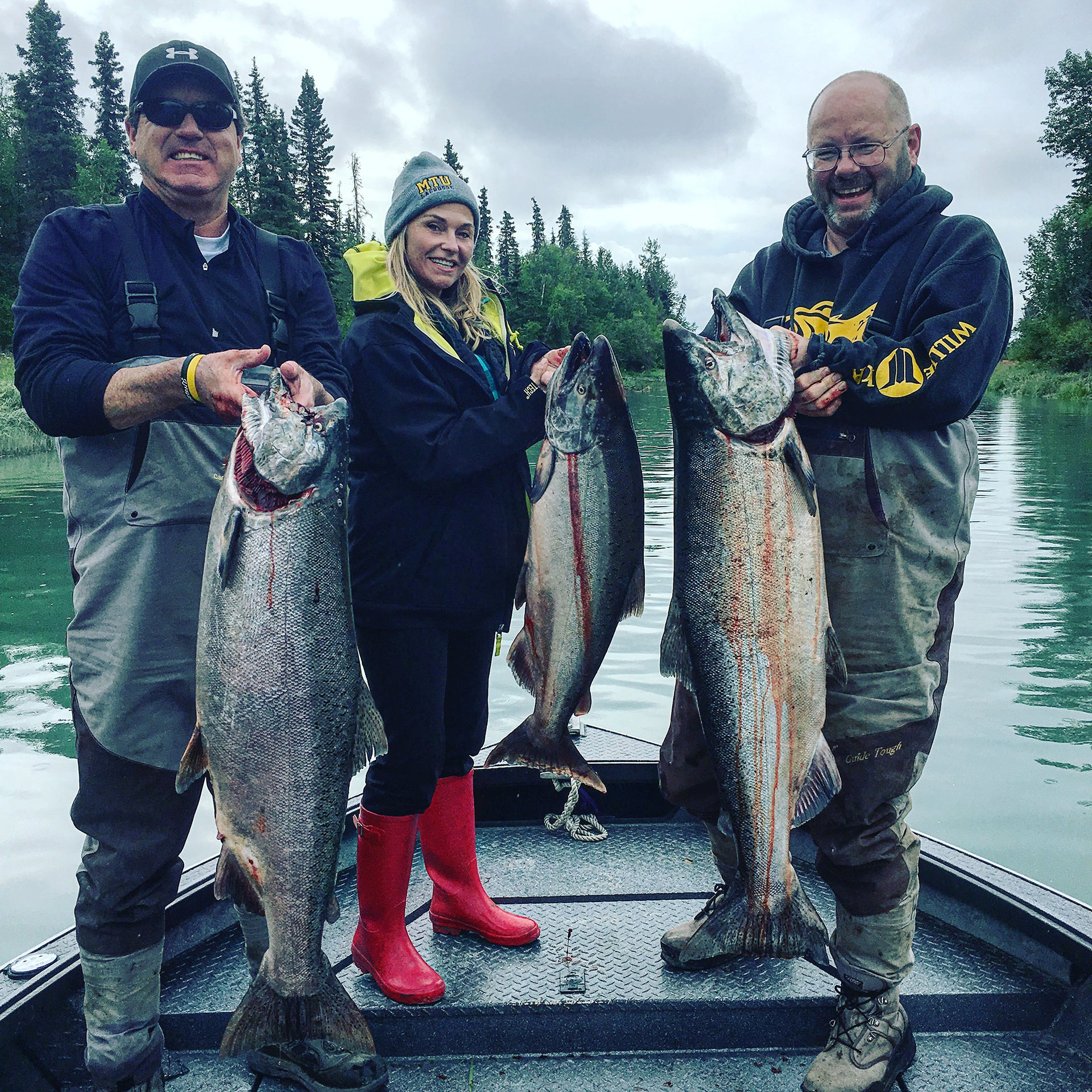 Fishing on the Kenai River for king salmon in July Clarification

We here at The River Crew want to take a minute to clarify some misguided news reports regarding king salmon fishing on the Kenai River this season.

There are two specific news reports I would like to address;

First is an article released by KTVA on June 8. In the article, they stated that “the Alaska Department of Fish and Game said in a press release that fishing for king salmon of any size, including catch and release, will be closed from the mouth of the Kenai River to the outlet of Skilak Lake from June 10 through June 30.” This is true, but their following statement that “the closure for king salmon will continue from July 1 through July 31,” is very misleading.

They failed to mention that the July closure applies only to a specific portion of the Kenai. As of now(June 18th, 2020), from 300 yards downstream of Slikok Creek to the mouth of the Kenai River will be open for all of July. This is the most targeted section of the river for king salmon; everything upstream of the Slikok Creek marker has a size limit year-round which makes it less ideal for summer charters. Which is to say, the regular section of the river targeted for king salmon will currently be open for the season’s second run.

The second article I’d like to address was released by Alaska Daily News and the Peninsula Clarion on June 13. In this article, they refer to a U.S. Fish and Wildlife press release that states that “from Monday, June 15 through Wednesday, July 15, all subsistence rod-and-reel fishing for king salmon on the Kenai River downstream from the outlet of Skilak Lake will be prohibited. King salmon caught while fishing for other species may not be removed from the water and must be released immediately unharmed.” This, like the KTVA article, is very misleading.

We’ve got your back!

We contacted the local U.S. Fish and Wildlife division and they clarified that this only applies to special subsistence fishing, which is allowed in areas of the river that are federal waters. It in no way means that the entire river will be shut down to king fishing. Guides and local fisherman are to abide by the Alaska Department of Fish and Game Regulations which state that, as of now, the Kenai River will be open to fishing for king salmon from the mile marker 300 yards downstream of Slikok Creek to the mouth of the Kenai River for the entire month of July.

I apologize for any confusion our local news has caused fishermen this year who are trying to plan their Kenai River fishing season. If you are looking to fish for king salmon on the Kenai River in the month of July, The River Crew would love to take you; just click here and book a charter, before they’re all taken!

If you have any more questions about fishing on the Kenai River, feel free to reach out!

Are you ready for your Alaska Fishing Trip of a lifetime? Book Now